This Thursday from 4-6pm EDT (New York Time), the Adrianople Group is honored to be hosting a session at the Boma Amazonia Summit titled Better Laws. Better World.

Boma Amazonia is a conference discussing the future of green economic development. The summit’s speakers will work towards developing actionable solutions, focusing on the challenges and opportunities facing the Amazon rainforest.

During our session, AG, Utopia and the World Adventure Society will discuss the role of Adventure Conservation, Sustainability Tourism, & Special jurisdictions as vehicles for sustainable development.

Better laws can help develop emerging markets and shape next generation communities through innovation and entrepreneurship.  This approach uplifts, educates and empowers us to harness the environment in ways that limit negative impact through enhancing the value of the natural world.

We aim to bring together thought leaders to discuss how their projects can change how we work with the land, sea and air - from forests to mountains to deserts and oceans. For the first hour, the speakers describe how different kinds of organizations, from nonprofits to private companies, are working towards the end goal of robust environmentalism. During the second hour, they will discuss how special jurisdictions can be used to align economic incentives towards sustainable development.

You can still register for Boma Amazonia and see the event’s other speakers - here!

Our session will cover a lot of ground in 2 hours, see the program below:

Speaker 3 Dani Abras - Whose waters are these anyways?

Kai guides businesses, organizations, new ventures and people, so their visions grow. He is an award winning Executive Producer, Explorer & the Chief Visionary Officer for the Adrianople Group. He has co-founded a series of companies and his teams and collaborators have gone on to top the Billboard charts, win a Grammy, advise Governments as well as some of the biggest names in tech.

His projects and travels have taken him to places from Delhi to Kinshasa and his work has appeared in media from Time to Globo. He has worked with governments and companies across Africa, Asia, Europe, North America, and South America.

In 2019 he helped organize one of the world’s largest beach cleanups “Aquele Abraço” an event that gained UN recognition. Currently he is finishing several films including a documentary on sustainability in emerging markets and is developing a film highlighting how better laws are saving gorillas and indigenous farmers in Rwanda. In addition, he is developing strategies to bring private equity and large institutional investors into the special jurisdictions space via charter cities and space exploration.

Alberto Andrich is the founder and CEO of the World Adventure Society, adventurer, nature and travel photographer. Andrich started photography at the age of six and by thirteen had produced his first documentary. He has been an adventurer since childhood and was sailing on rafts he built by himself, rappelling with rope, sleeping in the woods, facing rapids and "climbing" mountains in the interior of Minas Gerais and the majestic granite mountains of Espírito Santo.

These experiences gave him countless opportunities to develop his photography and cinematography. Alberto has produced, directed and created scripts for countless commercials by major national and international brands, institutional documentaries, and has received awards and recognition for the excellence of his work. He also works in post production, with editing, color grading and finishing, in addition to music production.

Always maintaining the link between his passions in adventuring and producing content by participating in exploratory and production expeditions in Brazil and abroad, led him to found the World Adventure Society, a worldwide adventure network, which seeks to bring a connection between people and nature in 48 countries and territories and on every continent.

Alex Socci is an award winning photographer and documentary filmmaker. He has been honored by National Geographic and was recognized as the “Best Photographer” by Canal Off. Alex has been sponsored by both Canon and Redbull and was there to photograph the first kayak glacier jump in Svalbard (79 degrees parallel).

His work has taken him from Australia to shoot adventure races, the amazon to photograph anacondas and to the volcanoes of Hawaii where he documented Kayakers approaching the lava flows by sea. He was the co-founder of Green Pixel Adventure Sports Photography and is currently a director at Utopia Rio where he is helping develop startup ecosystems and a system for urban transformation in Rocinha.

Alex’s first documentary was about the first Brazilian to play in the NFL and he is currently filming a project on Whale migration in Brazil and how ecotourism can act as an economic development tool in emerging markets. ‍

‍Dani Abras Is a Brazilian Marine Biologist, global explorer and expert guide. Dani has traveled the world photographing, observing and researching whales from Tonga to Antarctica. She has also spent time working with native groups learning techniques from them while teaching and training them about marine life from a global and scientific perspective. Her work has involved co-founding a marine institute and collaborating in the development of several platforms including the Happywhale and Seafari app which seek to connect citizens and scientists together in order to broaden and share knowledge about the migratory behavior of humpbacks and other cetaceans. Her contributions to science include the first confirmed observation of the same humpback on both coasts of South America and observing the first Minke Whale Calf in Brazilian waters. Currently Dani is developing WhaleHub a tool to connect citizens, scientists with shared interests better to nature, by connecting collaborators the platform will help contribute to the understanding and knowledge of whales and marine life globally while also providing resources for developing eco tourism and research capacity in frontier and developing economies. She is also filming the series “On the road with the whales'' with the World Adventure Society to promote and teach economic development in emerging markets through the use of eco tourism and conservation.

Hartmut Doebel is a Professor of Biology at George Washington University. His principal areas of interest include population ecology, predator-prey interactions, wetland ecology, and the biology of pollinators. He is an insect ecologist and has worked extensively on tri-trophic interactions of herbivorous insects and their arthropod predators in intertidal marshes in North East America and rice agro-ecosystems in the Philippines.

Other areas of interest include the impact of urbanization on local flora and fauna which he plans to expand in the near future to develop research opportunities for students in urban ecology.

Thibault Serlet is head of Research at the Adrianople Group. He is an Advisor to various competitive governance think tanks and previously founded the SSF, a think tank which studies experiments in governance and community organization.

Jonathan Nutzati is an Aerospace Engineer, aircraft pilot and wilderness explorer. Jonathan is passionate about applying robotics and renewable energy systems to solving some of the worlds largest problems.

Patri Friedman is the founder and general partner of Pronomos Capital, a Silicon Valley venture capital firm that invests in charter cities. Patri previously spent 10 years at Google as an engineer from 2004-2008 and 2013-2019. In 2008 he founded the Seasteading Institute with seed funding from Peter Thiel, and in 2009 started Ephemerisle, the largest self-organizing festival on water. Patri is on the board of the Startup Societies Foundation, ran the angel fund Zarco Investment Group, and advises a variety of new governance projects.

Patri has a BS in Math from Harvey Mudd College, an MS in CS from Stanford University, and an MBA from Cardean University. He used to play poker competitively and wrote one of the first online poker bots. He now lives in the mountains of Monterey, California with his wife Brit and their growing family. 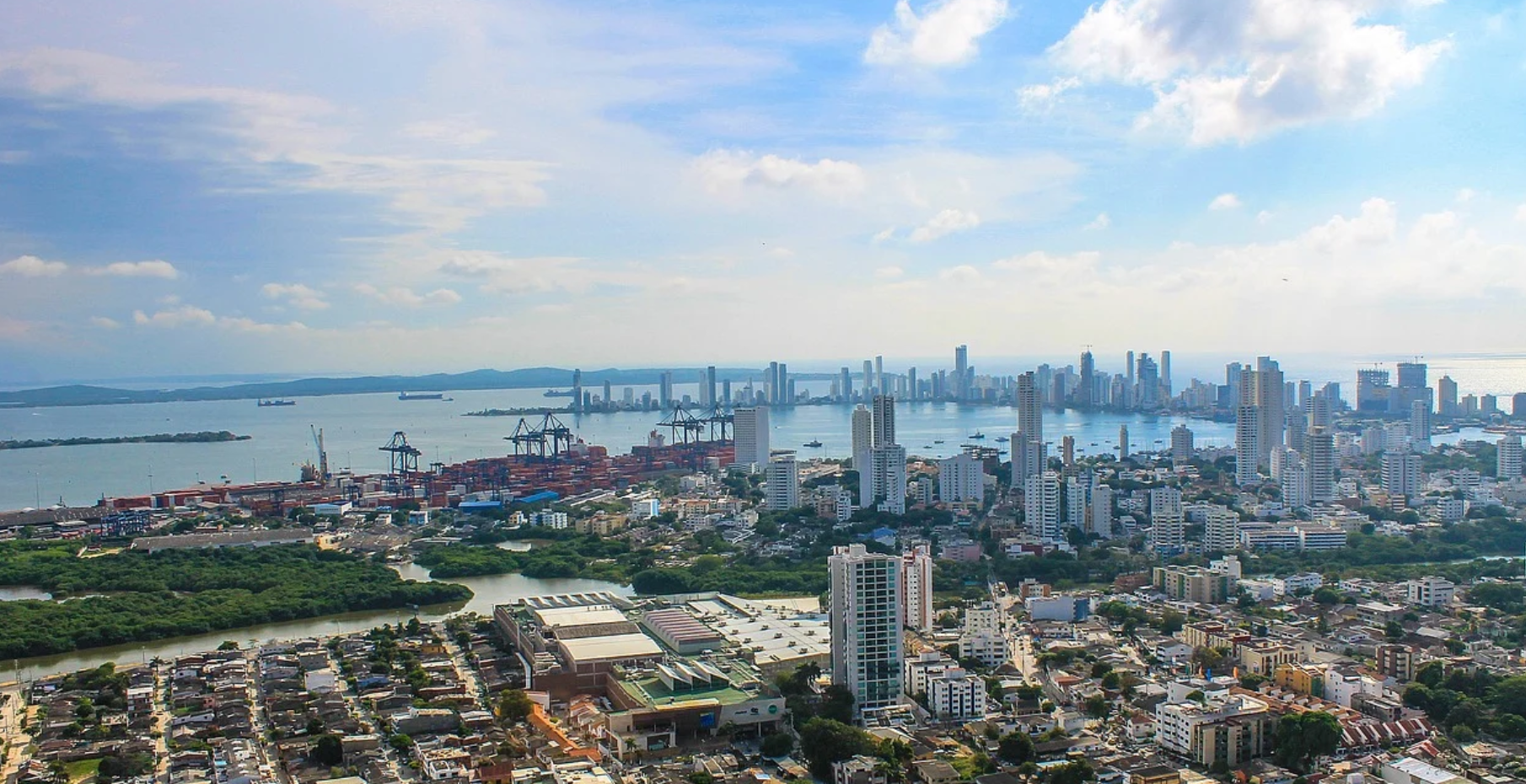 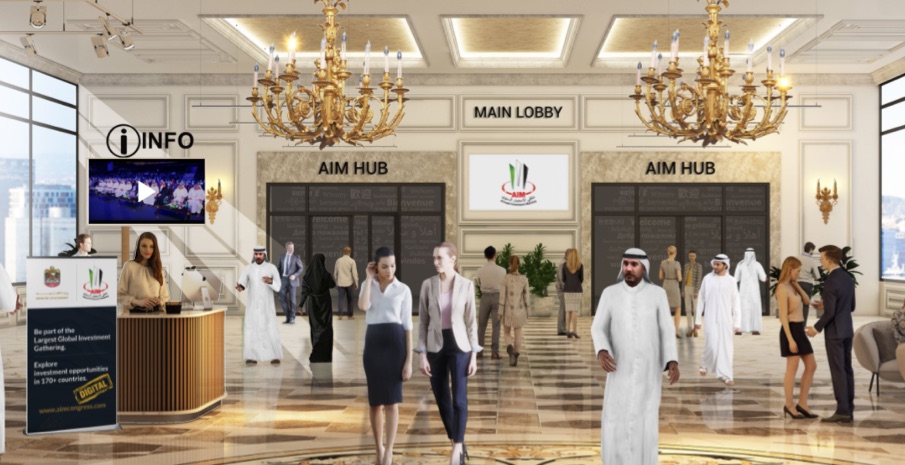 More than 15K participants from over 170 countries, including 70+ high-level dignitaries from across the globe, the second day of AIM Dıgital witnessed a wide range of major events, from the Conference, Exhibition, Investment Roundtables, and Regional Focus sessions to Conglomerate Presentations and Startups competitions; all geared towards providing opportunities to achieve a digital, sustainable & resilient future.